Listen Live to 102.7 Da Bomb
Prize Pickup is open at our new office on Alakea Street. Get more info here. 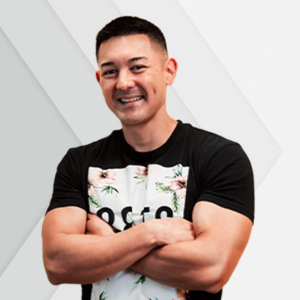 Born and raised in Hawaii, Keola graduated from Kamehameha Schools and later attended the University of Washington.  In 2000, Keola moved back home to Hawaii and started his career in radio broadcasting. He worked his way up starting as an intern to becoming an on-air personality for the first time on HOT I-94 (KIKI).

From there, he continued his journey in hosting #1 ranked Afternoon shows in numerous major markets such as San Francisco, Seattle, Portland, Denver and most recently Houston.  We were finallyable to bring this local boy back home as the lead on 102.7 Da Bomb’s new morning show! Having traveled and worked in numerous markets in the “mainland,” Keola states “I always have and will be true to where I come from…Hawaii is my home and always in my heart!”

Jovan Ladao also known as “Phat Joe”, has everything you want in an on-air talent, including, great work ethic and attitude.

Phat Joe began his radio career in the Hawai’i market as an intern in 1998 and soon after he became an On-Air Personality.

In 2014, Phat Joe joined Pacific Media Group and is now part of the Keola Morning Show on 1027 Da Bomb.

“This is an exciting new phase in my radio career and I am ready to hit the ground running!”

Now married to his beautiful wife Jennifer and a proud father of 3! 2 boys, Makoa and Kahiau and his newest addition, his daughter, Hilina’i, Phat Joe is more determined than ever!! 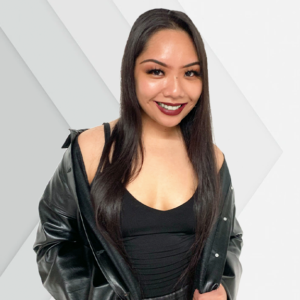 1027 Da Bomb welcomes Sage Keely aka Sageh Talofa aka Lady Bomb–Bomb as the new co-host of The Keola Show! Sage’s radio career started right here at Pacific Media Group as a Promotions Assistant. Her keen observational skills and natural talent lent themselves beautifully when she first went on-air on May 24, 2022.

Born and raised on Oahu, she spent her childhood listening to the radio and morning shows during car rides to school. Sage is a graduate of Moanalua High School, where she was a part of MeneMac, a selective broadcasting and television production program. She also has 7 years of marketing experience which allows her to communicate with diverse communities within multiple industries.

“Even though I wake up super early for the show, it’s the best way to start my mornings — I feel lucky to start my day with joy and laughter with the amazing company of Keola and Joe,” says Sage.  She also explains how she got the name Lady Bom(b) Bom(b), “I lived in London and “catfished” locals with an accent. It sounded legit enough for people to think that I’m from there. One of our listeners who caught that snippet on the show actually DM’d @thekeolashow on IG and asked me to do the Naughty Noodle Traffic Report with my English accent after that. We named my English character “Lady Bom Bom,” which stands for “butter on my muffin.”

Outside of work, Sage enjoys practicing self-development, and studying diplomacy, her two other passions. Check out the multi-talented Sage Keely, on 1027 Da Bomb, All the Hits Now! Sage Keely is the newest member to join The Keola Show.

What a Deal Wednesday